Divide Over a Trauma Center

The South Side of Chicago, the highest ranked murder capitol in the U.S.A., is currently home to no Trauma center.  In the past few months conflict over a Trauma Center at the University of Chicago has arisen. While the moral side of the equation argues for one, the financially practical side pleads against one. Below a doctor, a teacher, and students who straddle the vast zip codes of Chicago share their opinions on the disputed Trauma Center. 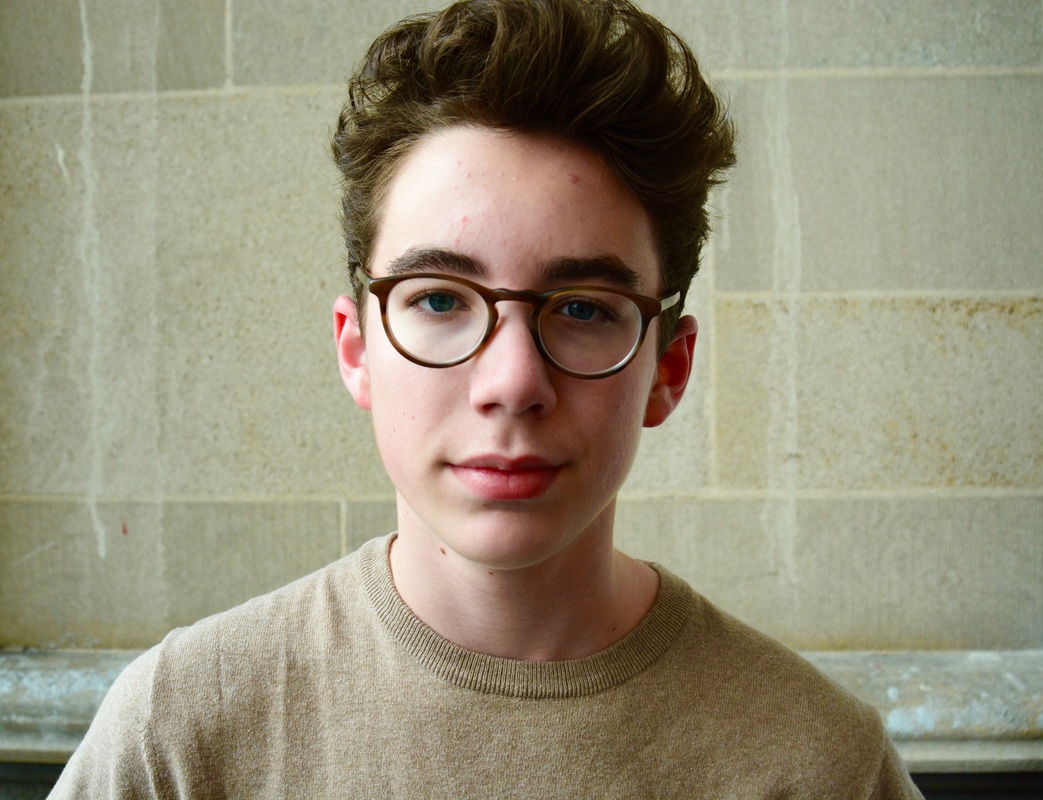 ​If I’m not mistaken, the controversy that surrounded the new U of C Trauma Center pertained to financial ethics.  The U of C had the monetary capability to create a center, however, not a large profit would be generated because of the department’s nature.  The South Side of Chicago is a trauma center desert, thus one would be highly beneficial to the community.  Instead of trauma, the U of C’s goal was to expand their Cancer Department (very important, too) which would allow them to make a fairly large amount of money (and of course cure certain types of cancer).  The ethics of the situation were complex: is a private institution bound by a moral obligation to build something so as benefit a specific community, regardless of financial reasoning?  Well, going forth with the moral high ground might prove futile-- it’s likely the department would shut down due to lack of funding.  Failing to open a center would be perceived as selfish and furthermore, majorly disappointing because it’s clearly a necessity.
I don't usually agree with the U of C's institutional decisions, but their idea to use the money produced from the Cancer Department to fund the Trauma Center was brilliant.  Even if the U of C wasn't able to come up with a clever solution, however, I don’t believe that you can put a number on moral obligation—the U of C had the ability, so action was necessary. - Jacob Beiser, High-School Student. 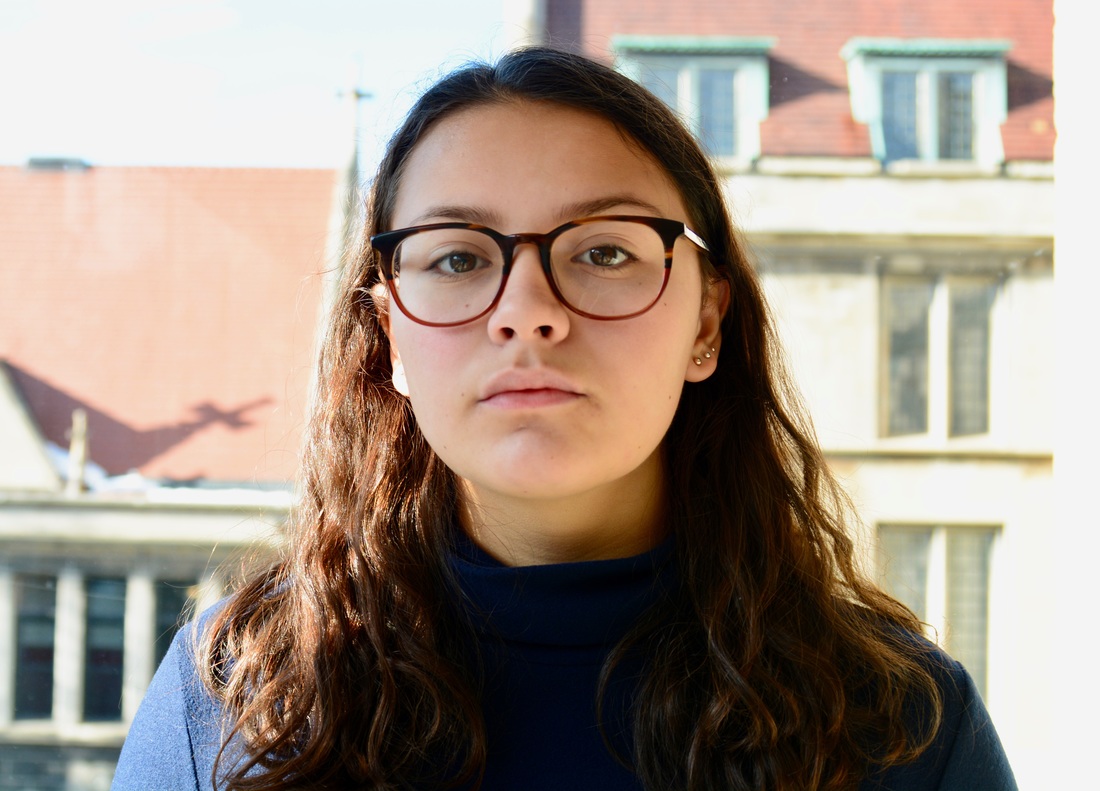 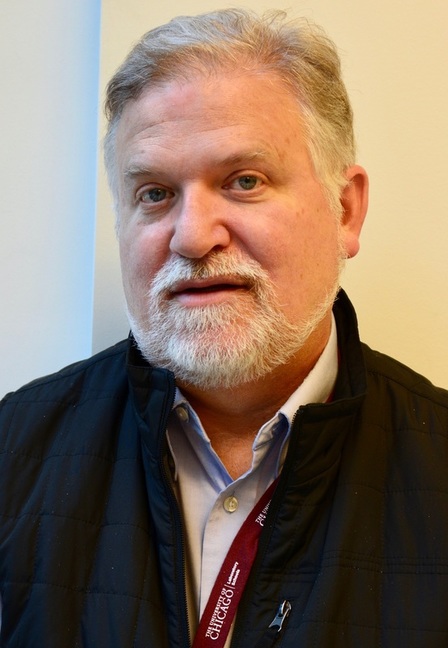 
​​Trauma Centers are very expensive and the University Hospitals could not be expected to go into the red to maintain one. It was tragic that it took so long to bring enough resources together to open the Trauma center at U of C. Many lives were lost, and ultimately the fact that they were was a failure of those with resources to come together soon enough. Protesters played an important role in raising their concerns about the lack of a trauma center. I really value the extent to which U of C undergraduate and graduate students who tend to come from affluent backgrounds worked with families and residents of the South Side to pressure the county, the city, and the University to work together to resolve a very significant issue. The relationships created in this struggle can only serve to broaden our understandings of what remains to be done on the greater South Side. - Mr. Horton, High-School Teacher. 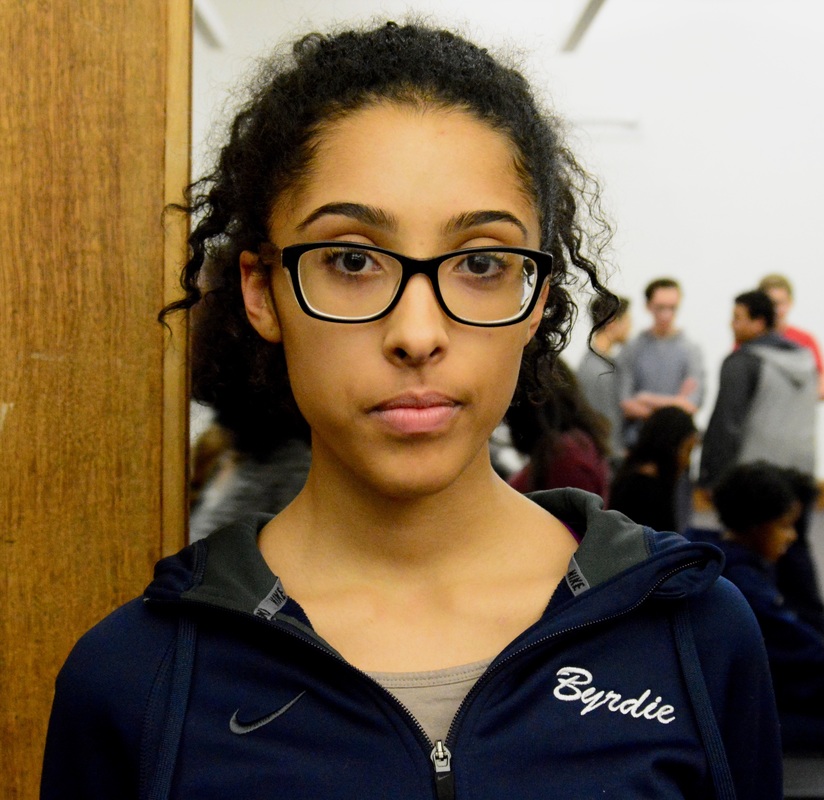 When you take the time to really sit back and consider the overwhelming necessity that the south side of Chicago has had for a trauma center, I truly don't understand how you could be anything but grateful that one is finally being built. Chicago, being the most violent city in America, is well known globally for the epidemic that is gun violence. This violence, although not limited to the south and west sides, is heavily concentrated in these areas. Had a trauma center been installed in Hyde Park years ago, dozens, maybe even hundreds of lives could have been saved. Lives that had yet to walk across a stage and receive their high school diploma. Lives that had barely begun but never had the chance to flourish. Although I often feel despaired for the state of our city and our nation, the installment of this trauma center serves as a beacon of hope for me. I hope that people all over the city of Chicago and throughout this country can see this as a light at the end of a long dark tunnel and continue to move progressively forward. I believe that it brings Chicago one step closer to curing the disease that has plagued us for so long. - Sophia Byrd, High-School Student. 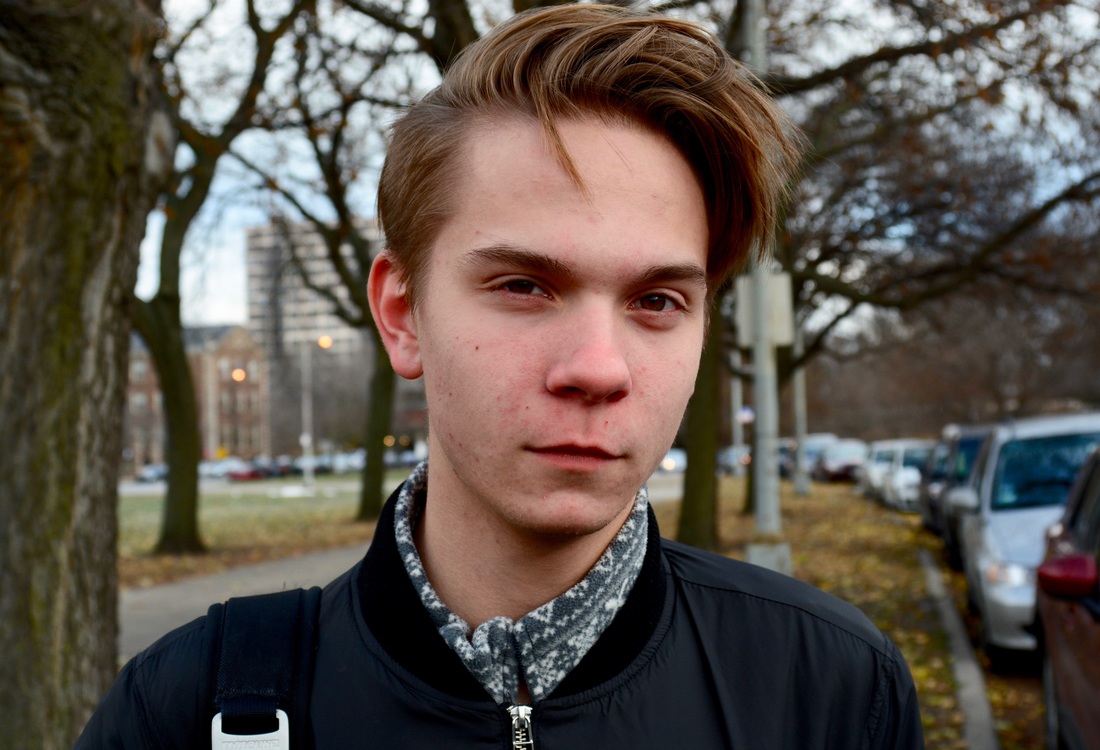 ​The University of Chicago is under no legal obligation to make a trauma center, and it would economically be a bad idea for them as trauma victims in a generally violent area are less likely to be paying for their healthcare. Regardless of economic or legal reasoning, I’m glad U-Chicago decided to establish one in a much needed area. It demonstrates the university’s commitment to Hyde Park and the community, and is the morally right thing to do. - Will Zich, High-School Student. 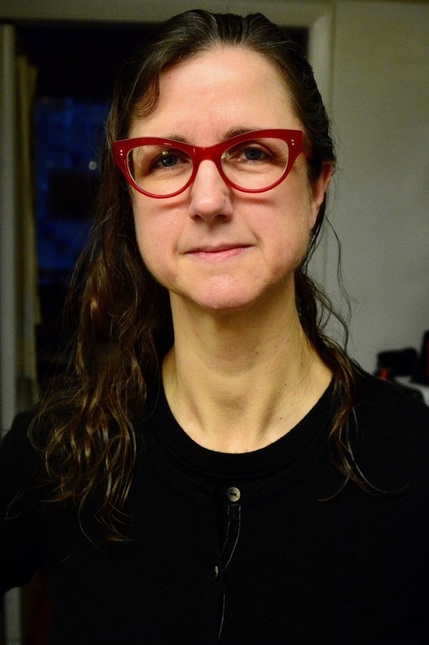 ​Here are a few thoughts about the Trauma Center at UCMC from a surgeon's perspective.  I am quite a bit of an outsider in these observations, as I will likely have very little involvement in the Trauma Program (since I am not a Critical Care physician and will not be part of the Trauma Team.)
In the big picture, the Trauma Center is a very good thing.  There is no Adult Level 1 Trauma Center on the south side between Northwestern downtown and Christ on the far South side.  It will be a service to the community, which UCMC (the University of Chicago Medical Center) is a part.  The community has been asking for this for years - since right now adult Trauma victims have to be driven quite substantial distances to either Northwestern, Stroger, Mount Sinai or Christ Hospital to be cared for.  That being said, it is also a huge undertaking.  Trauma care has far-reaching demands- from more emergency room staff and physicians to more surgeons of every sort (General surgeons, Orthopedic surgeons, ENT surgeons, Neurosurgeons and Urologic surgeons) to increased Radiology and ICU/Critical Care support.  There are also new demands on the Operating room, which must keep rooms and staff and anesthesiologists available for emergent operations.  And, of course, huge social work demands, as well as security needs.
The planning has been underway for months already and will start to pick up quite a bit in 2017 when a new position of Director of Trauma is filled and that individual begins the hard work of organizing all of these needs.
One side note, for me personally, about which I am ambivalent - this may mean the end of my "general surgery" career.  It is likely that the acute care surgery call that I participate in now (appendixes, small bowel obstructions, etc) will be taken over by the Trauma Surgeons/Acute Care Surgeons.  I will be sad to think about not ever operating in someone's abdomen again - I enjoy the operations and my different relationship with the residents in those cases and the thrill of coming in and helping someone acutely and curing them of their problem quickly.  We shall see how it all turns out. - Nora Jaskowiak, U of C Surgeon. 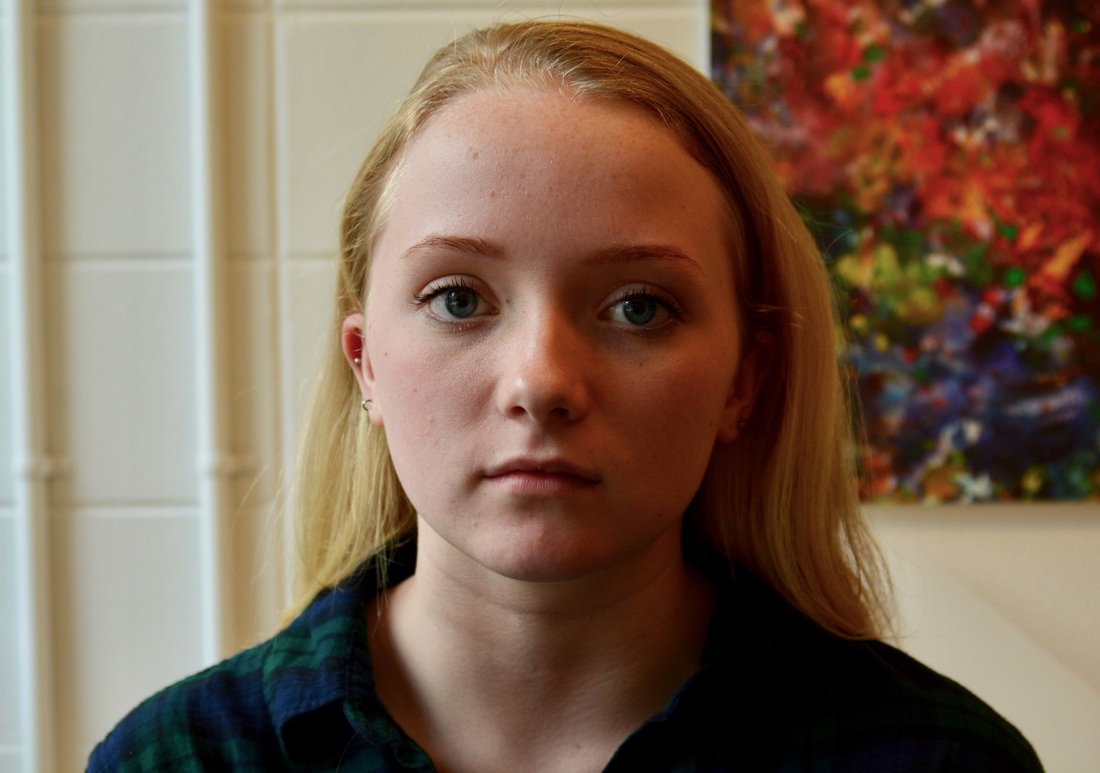 I want to be happy about the opening of the trauma center but honestly it just reminds me of all the work that still had to be done on Chicago's south side. Building this center is only a first step towards helping these neighborhoods, and it's extremely important that we understand that this center is treating the symptoms of an issue and not the root cause. Having said that, I think it's great that the U of C is finally beginning to recognize the needs of areas outside of Hyde park. All in all, I think the trauma center is great. I just want to remind everyone that the fight for safety, justice, and equality is far from over.  - Megan Moran, High-School Student. ​ 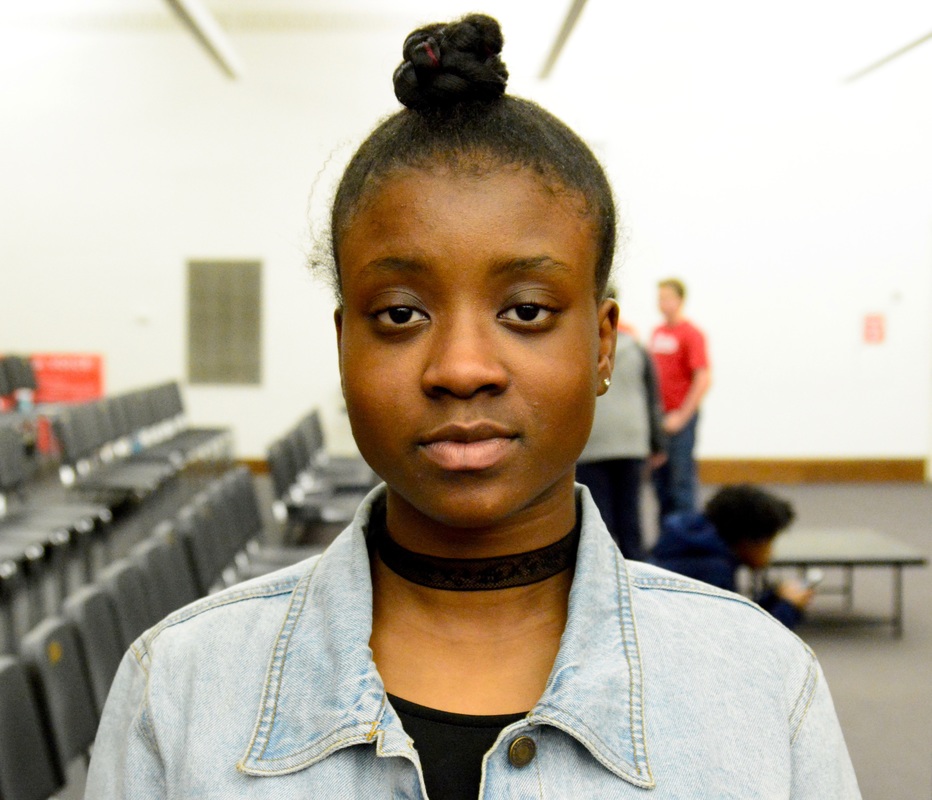